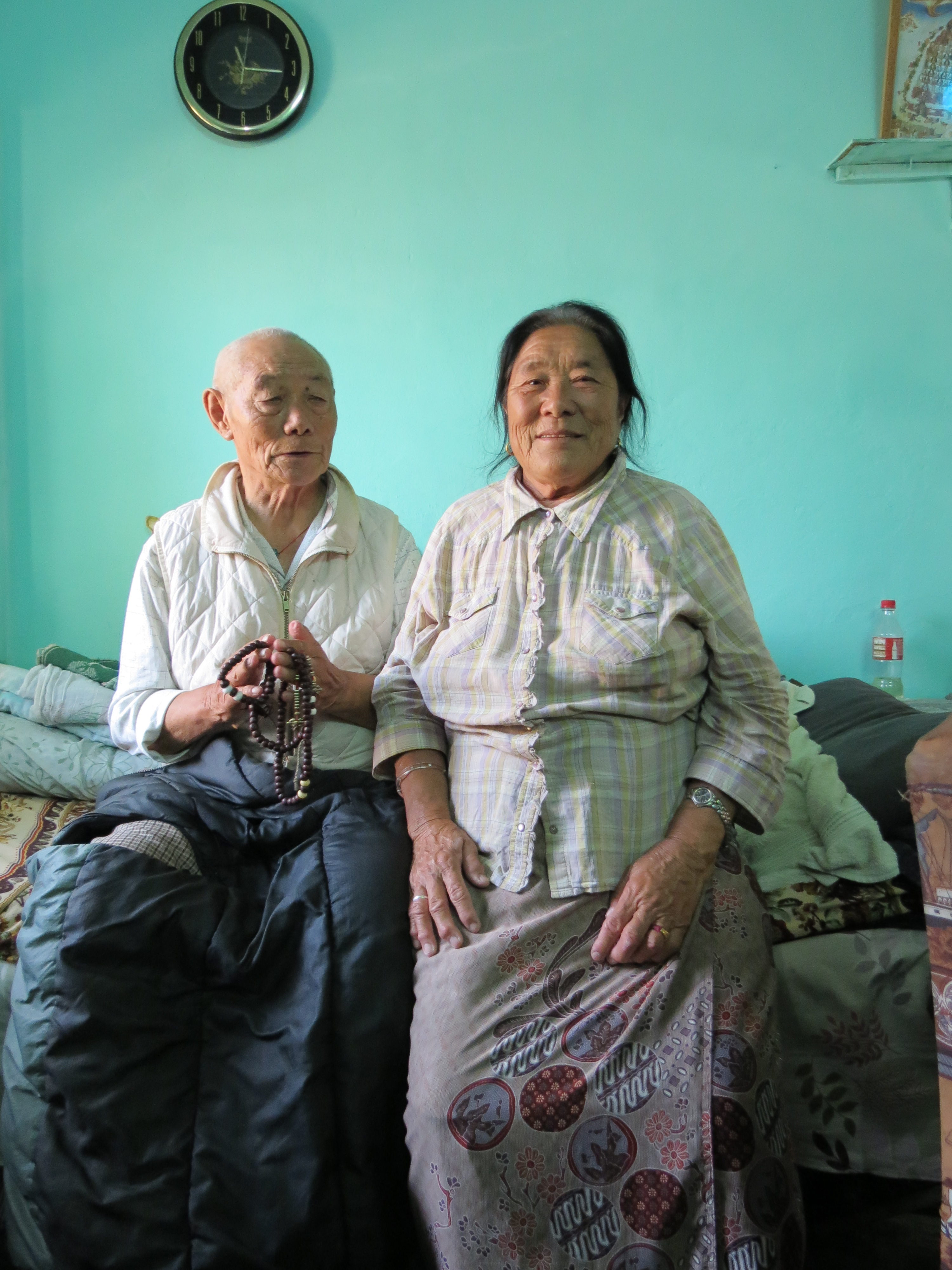 THIS IS THE TOUCHING STORY OF TWO EXILE TIBETERS IN NEPAL

Tashi is 85 years old today. His wife Yanschin is 70 years old. It has been many years since they had to flee Tibet together.

Both are Tibetans and have been without rights for over 60 years and only tolerated in a Tibetan refugee camp located in the middle of Pokhara in Nepal.

In mid-September 1950, the "Chinese People's Liberation Army" invaded Tibet to allegedly "liberate" Tibet. The resulting panic and the helplessness prevailing among the Tibetans is probably inconceivable to those who live in free countries.

On October 19, 1950, Tibet, free and independent until then, signed the capitulation. Tibet belonged from now on to the People's Republic of China.

None of the surrounding states came to the aid of Tibet during the time, even the western states did not give any help. The only state that maintained diplomatic relations with the small state was Great Britain.

To make matters worse, before the Chinese takeover, Tibet allowed only a few strangers into the country and otherwise encapsulated itself. At that time, the religious Buddhist traditions determined everyday life, which probably prevented a factual assessment of the imminent danger.

In the following years, however, a rebellion against the Chinese military power developed underground. This explains the uprising of the Tibetans in March 1959, which was cruelly and mercilessly crushed. Countless Tibetans, many of them monks, were killed. Today's Dalai Lama miraculously escaped to India, where he still lives today and leads a Tibetan exile government.

Since then, the political tutelage and imposing of Mao's doctrine has made it impossible for Tibetans to live autonomously.

Since then, from 1959 to today, they are refugees without rights, without passports, without help.

Yansching makes Tibetan jewellery to sell to tourists. This secures a little existence of daily survival. Her husband is seriously ill. However, they can neither afford medical help nor does the state of Nepal provide any.

When we generously bought her self-made jewellery and did not try to beat the price down, but even paid double the amount demanded, Yansching burst into tears. Normally, they would trade mostly Nepalese tourists until no profit was left and all the work was done for nothing in return.

e are talking about, for example, a beautiful necklace made of rock crystals, for under 10 euros!

We will continue to visit this loving couple and help them to make their lives more bearable.

"If you do good, you also get a good karma!"

PS: Phunjo Lama, our local responsible, also has a Tibetan background. Her grandparents also fled to Nepal in 1959, more precisely to Tsumling, which is located in the Tsum Valley. They were fortunate enough to obtain Nepalese citizenship in the 1960s and to be recognized as part of Nepalese society.